“There’s a moment when you have to decide whether to be silent or stand up.” – Malala Yousafzai

Such wise words from such a brave, but youthful spirit.  If you haven’t yet seen the film, “He Named Me Malala” — make that a priority — the payoffs are huge. We had the honor of screening the film at Blogalicious Weekend 2015 last month and had the experience of being moved to tears, laughter and to a place of inspiration and gratitude…all by the powerful story of this young woman and her father. 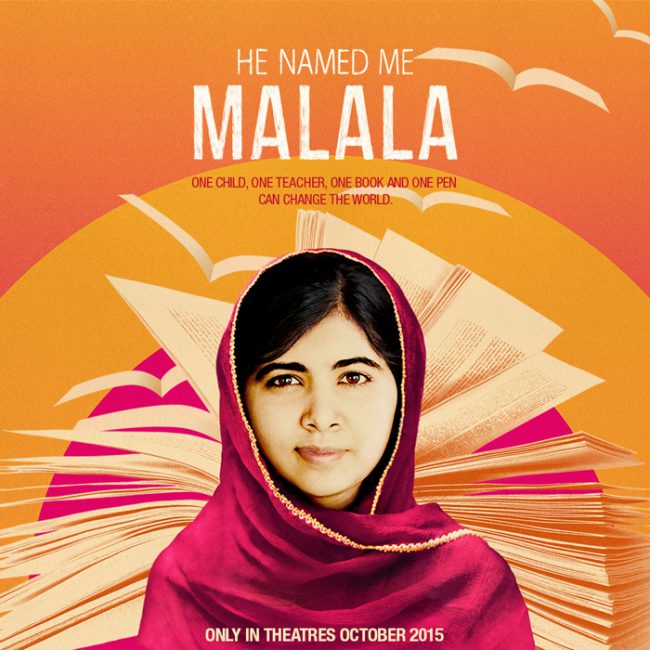 Eighteen year-old Nobel Peace Prize winner Malala Yousafzai has as her personal mission to “enable girls to complete 12 years of safe, quality education so that they can achieve their potential and be positive change-makers in their families and communities.” Something that so many of us take for granted. As my own 6th grader is coming into her own at school – middle school to be exact! – by making friends, playing the saxophone in the performance band, rolling her eyes at her math homework, and having spent the last 3 days at Outdoor School – it’s impossible to imagine her being denied any and all of those experiences simply because she’s a girl. 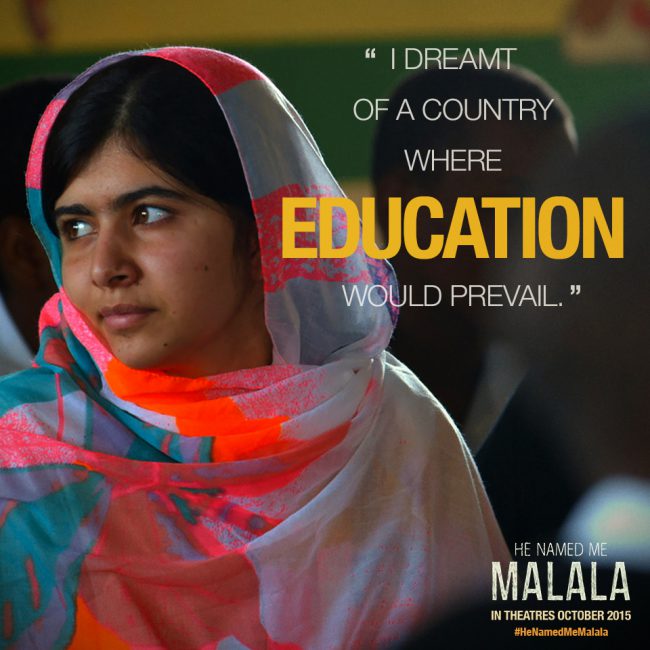 Malala’s father, Ziauddin Yousafzai, ran a school in Swat Valley near her childhood home in Pakistan. His passion for education influenced Malala’s zest for learning and she looked forward to attending school every day, but the opportunity was stripped from her by the Taliban military. In 2009, the military’s hold on Swat intensified, deepening Malala’s fears that her school would be attacked or bombed.

Think about that for a second.

Death threats. Bombs. All to keep girls from learning.  It’s truly inconceivable in a place where we will most likely have a woman presidential candidate very soon.  In her zealousness to see change, Malala began to speak out against the Taliban’s harsh control with the support of her father, who’d seen several of his friends killed for doing the same thing. Despite their fear, they continued to shed light on the Taliban’s acts of terrorism, first through blogging for the BBC Urdu blog and then in a documentary made for The New York Times.

On October 9, 2012, as Malala and her friends were travelling home from school, a masked gunman entered their school bus and asked for Malala by name. She was shot with a single bullet which went through her head, neck and shoulder. Two of her friends were also injured in the attack. Malala miraculously recovered and is destined to help girls like her around the world receive the education they deserve.

A couple of weeks ago, I had the surreal experience of joining in on a phone call with Malala herself to hear first-hand about her passion for education equality for girls and the wisdom that she had to share about what her young life has taught her. She was humble and thoughtful and soft-spoken, but there was no mistaking her strength and conviction for her cause. Truly a memorable experience! 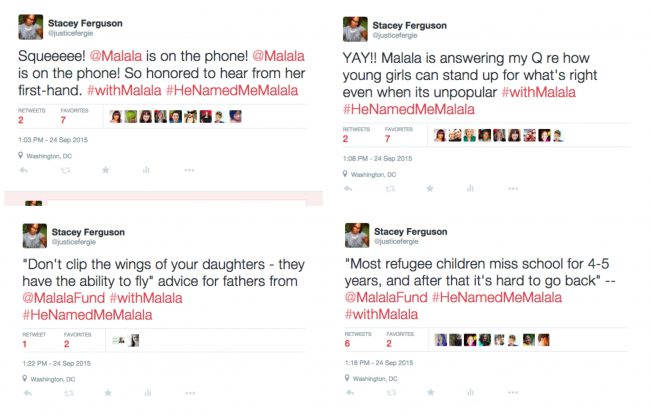 The International Day of the Girl Child

In celebration of International Day of the Girl Child on October 11th, we’re urged to continuously create a world free of discrimination for young women and girls. The UN Women Organization breaks down the horrors of being a girl child worldwide. From the website:

What You Can Do

Getting involved and advancing this important cause that impacts all of us is easy.

See the Film.  Find the theatre nearest you that is showing the documentary, HERE.

Talk About the Issue with Your Daughter(s). There is even a downloadable Parent Discussion Guide, written by Elena Sonnino – part of our Blogalicious Family! 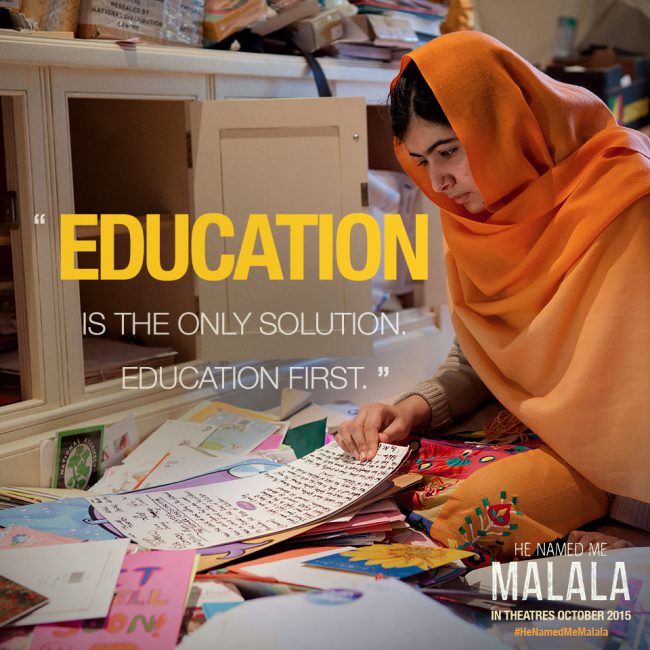 I Stand #WithMalala  | Be Blogalicious