We prepared ourselves for a three-day weekend last week with glee and excitement. Cookouts, fireworks, family time, lazy beach days, no emails and sound sleep congregated on the minds of many. This, and being able to celebrate that we’re healthy and free on Independence Day, is what moved us along. Tuesday morning, we returned refreshed and ready to pick up where we left off at work. Except this didn’t happen for Alton Sterling, 37-year-old Baton Rouge man who was killed by police in front of Triple S Food Mart.

Sterling was a family man like many of our loved ones. Known around town as the “CD Man”, Sterling sold CDs to provide for his wife and three children. On July 5, police officers responded to an anonymous tip about Sterling waving a gun in the process of selling those CDs. It seems that without much conversation or explanation from the now slain Sterling, the two police officers reacted to his size, skin color and gun possession as a means to shoot him four or five times in the back. Within minutes, Sterling was dead and his family now dismantled.

The next day, July 6, a 32-year-old Minnesota man by the name of Philando Castile was shot to death for gun possession, too. Castile was the passenger in his girlfriend’s car when police pulled them over for a busted taillight. Like many of us are taught to do in these times, Castile complied with the officers and told them that he had a gun. He, too, was shot four times within minutes by police as his four-year-old daughter watched in the backseat.

Sterling and Castile were armed citizens with gun permits in open carry states. The fact that they were senselessly and violently killed in a country that just celebrated freedom and liberty three days ago is a problem.

Our mission at Blogalicious is “to grow a supportive and vibrant community of influencers that celebrates digital diversity.” Our 3-fold objective is:

We’ve achieved those things and would be totally remiss not to speak up about the racial injustice and violence happening all over our country. Sterling and Castile reminds us of the work we all must do to prevent these kind of tragedies and to truly obtain freedom for minorities in America. If one or two of us are not free, none of us are.

Our hearts are broken for these men, their families and Black people in America. The unfortunate murders of two innocent men (and those before them) cannot be undone, but we can act towards change. Now, we’re asking for your help, too.

The unfortunate murders of two innocent men cannot be undone, but we can act towards change. Click to Tweet

Today, we encourage you to mobilize and connect and uplift each other. Use your platform to bravely share your thoughts, frustrations, and condolences to those who cannot speak for themselves. Don’t be afraid to talk about racial injustice and police brutality! Get involved in your local communities — ask questions, provide insight, listen to and empathize with others. Stand up for who and what you believe in fearlessly and unapologetically. Educate your families on what’s happening and write down ways you can collectively help. Lastly and most importantly, be smart and kind in all you are doing!

Let us leave you with these words from Dr. Martin Luther King, Jr: 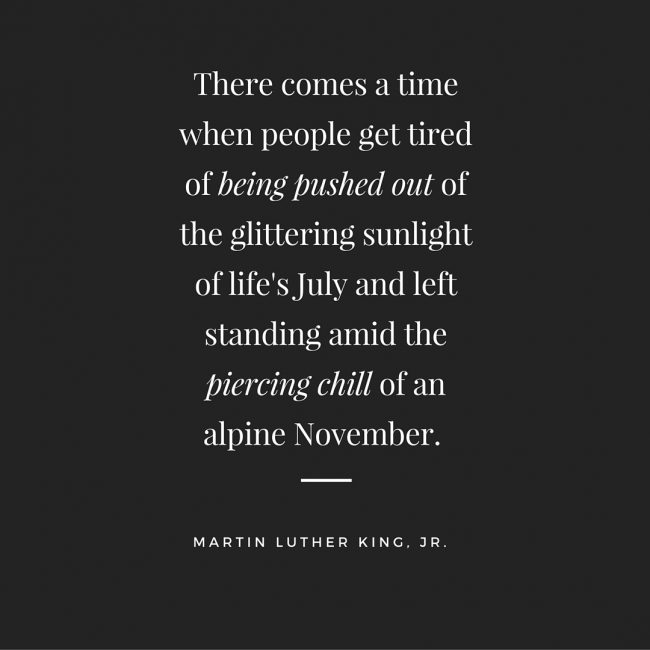 Will you join us and speak out against police brutality and racial injustice today?