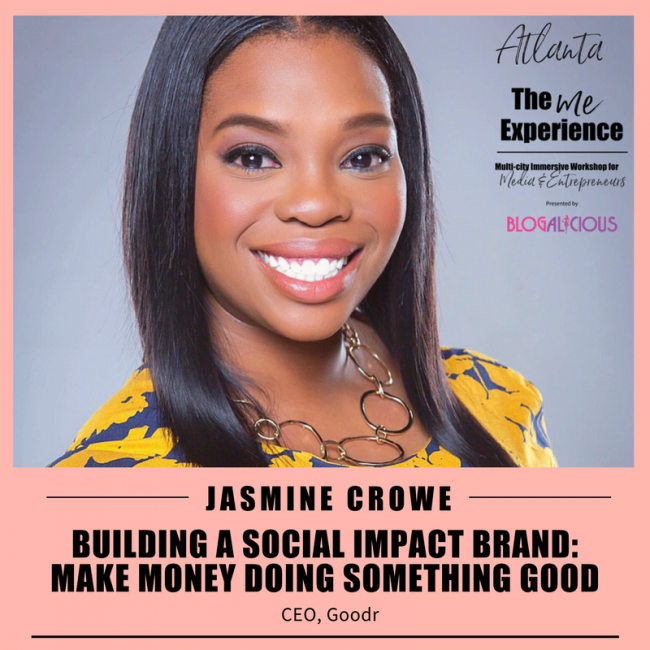 Compassionate, Zealous, Visionary and Inspiring are just a few of the words that describe Jasmine Crowe, an HBCU alumna who is working to make the world a better place. In 2011 she founded BlackCelebrityGiving.com (BCG). The idea for the site came from the vivid awareness of a lack of media coverage for black celebrities doing positive things to impact our communities. BCG was frontier in providing content of celebrity philanthropy, nonprofit organizations and causes that directly correlate with the black community. BCG partnered with celebrities across the nation in a host of cause campaigns to ensure their star-power was being used for good. Today lead by Jasmine, BCG has hosted activations in more than 20 US cities and the UK, South Africa and Haiti and has has collected and donated over three million items to causes worldwide and fed over 80,000 people through the Sunday Soul Homeless feeding initiative. Jasmine also served as the creator and executive producer of ChangeMakers a half hour docu-series profiling how celebrities use their star power for social change which premiered on Magic Johnson’s network ASPIRE!

In January of 2017, she launched Goodr, a sustainable food waste management company that leverages technology to combat hunger. Today Goodr redirects surplus food from convention centers, hotels, airports, and businesses to the millions of people who are food insecure. Under Jasmine’s direction the company now has clients that include: Turner Broadcasting Systems, Hartsfield- Jackson International Airport, Delta Airlines and more.

She has been featured in Huffington Post, The HARRY Show, Blavity, Upworthy, NBC, Black Enterprise, Amy Poehler’s Smart Girls and featured as a Hero of Hunger in a Brawny Paper Towels commercial.

Jasmine recently wrote her first children’s book series titled “Giving is Good” which teaches youth the importance of giving back thru a variety of causes. In her spare time she enjoys reading, traveling, working out and spending time with friends and family.

Jasmine will be presenting an Impact Session at The ME Experience :: Atlanta

If you are being called to serve (and we all are), and want to understand how you can do so while being profitable, then you need to be front and center at this session! Impact Sessions will require an RSVP to maximize your experience, so grab your ticket now to ensure your seat in the workshop that will change your game.