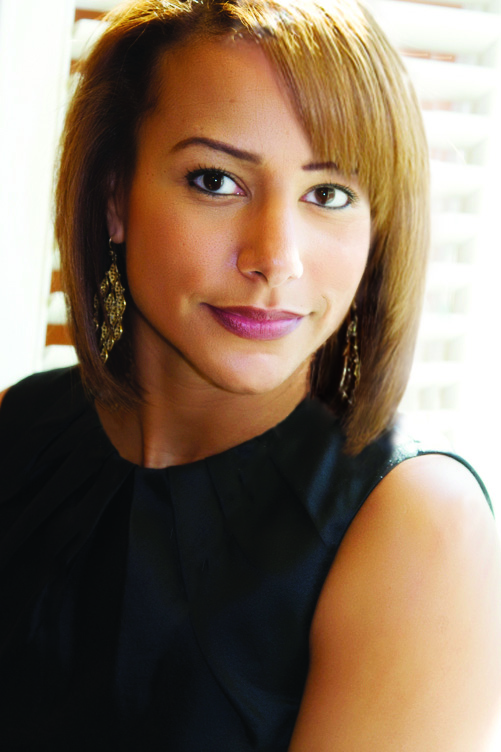 Have you seen EBONY Magazine lately? It’s been completely re-invented, re-invigorated and re-imagined.  Amy’s sweeping changes to EBONY uniquely embody this year’s conference theme of “Create. Build. Fund.” as she transformed a family classic into a highly sought after modern favorite for a new generation of readers.  We’re thrilled to have her share her business and branding insights as the headline keynote of BlogaliciousFIVE.

An award-winning media executive and brand architect, Amy DuBois Barnett’s vision has shaped the pages and websites of Harper’s Bazaar, Essence, Teen People, Honey magazine and Ebony, where she is currently Editor-in-Chief of the oldest and largest African-American magazine in the country. At Ebony, Barnett executed the publication’s first top-to-bottom redesign in its 66-year history to critical acclaim. She also introduced key new editorial franchises (Ebony Beauty Awards, Black Wealth issue, 50 Finest) as well as groundbreaking editorial packages (Multiracial in America, Can We Save Detroit, Black Men in America, Election 2012). As well, she re-conceived and re-launched Ebony.com with a new mission and message.

In 2011, Ebony’s achieved rate base grew by 11%, and Ad Age listed Ebony as one of the 25 fastest growing magazines in the country based on circulation. Since re-launch, Ebony.com’s unique visitors have grown by 500%. Ebony won a record-breaking eight Salute to Excellence awards from the National Association of Black Journalists in 2012. Ad Age listed Ebony as a 2012 Magazine Brand to Watch and minOnline listed Ebony as one of the top five advertising gainers in the industry for the June 2012 issue. Barnett was named the 2012 Media Executive of the Year by Target Market News.

Before Teen People, Barnett served as Editor-in-Chief of Honey magazine for nearly three years where she oversaw a major redesign of the magazine that doubled its rate base and generated national buzz for the previously unknown brand.  She also launched Honeymag.com and integrated the brand’s online and print content.  Prior to Honey, Barnett was with Essence, first as Fashion and Beauty Features Editor then as Lifestyle Editor. She was also a founding editor of the comprehensive luxury style website, FashionPlanet.com, and its sister magazine, Fashion Almanac.

Barnett has appeared weekly as an on-air correspondent for CNN’s American Morning and has been featured on many national television shows including The Today Show, Good Morning America, The Early Show, Nightline, and on various programs on VH1, MTV and BET.

A Brown University graduate, Barnett also has an M.F.A. degree in Creative Writing from Columbia University and a certificate in Fashion Merchandising from Parson’s School of Design. She is the author of the NAACP Image Award-nominated advice book for Black women, Get Yours! How To Have Everything You Ever Dreamed Of And More (Doubleday/Broadway Books, 2007). She is also a published fiction author whose work has appeared in various journals and anthologies.

For her pioneering work as a journalist, style expert and writer, Barnett received the Trailblazer Award from the New York Association of Black Journalists, an Aldo award for fashion journalism from the Fashion Association, and a Hurston/Wright award for creative writing.  Barnett is on the board of the American Society of Magazine Editors and is a member of the Fashion Committee of the School of the Arts Institute in Chicago.

Barnett has lived in 12 cities on three continents, and is fluent in French. She has spent most of her adult life in New York City, but currently resides in Chicago with her six-year-old son, Max.